“I am delighted and deeply honored to be chosen to lead the National Youth Employment Coalition as Executive Director. I passionately believe the possibilities are endless for re-imagining our communities so all young people can thrive. I’m very excited to build on NYEC’s 42 years of work in helping to create life-changing opportunities for young people. Working closely with all of our partners, I hope to expand on NYEC’s deep commitment to authentic youth partnerships, race and gender equity, breaking down of siloes, sharing of best practices, and system change," stated Dr. Haley.

Dr. Haley’s previous work includes serving as the Deputy Director and Interim CEO of the Connecticut Coalition to End Homelessness, where she directed efforts to transform the homelessness response system. She spearheaded improving infrastructure to serve young people, which resulted in a 50% reduction in youth homelessness in two years. In addition to her 20 years of non-profit management, as an adjunct professor she has taught courses in race and politics, comparative politics, development and political theory. 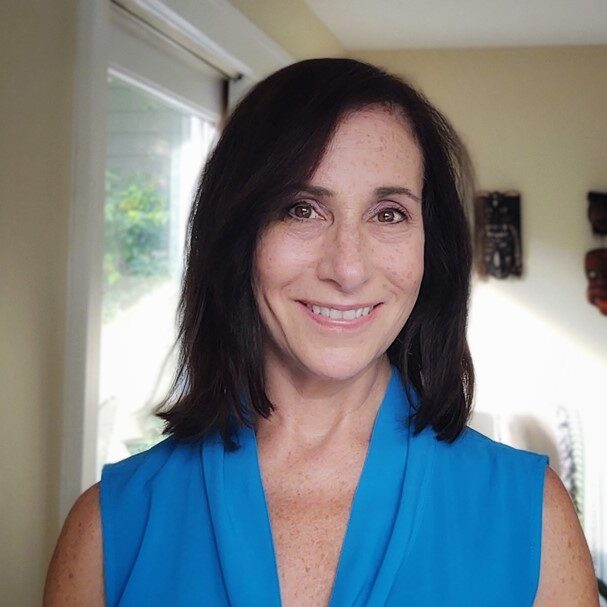 Rashaun Bennett is the Director of Operations for the National Youth Employment Coalition. In his role he coordinates NYEC’s project-based work including around mental health/trauma, improving outcomes for systems-involved youth, and strengthening our nationwide youth leadership initiatives. He also conducts program capacity building for NYEC’s 200+ partners throughout the country. Before coming to NYEC in 2018 he was worked at the U.S Department of Health and Human Services (HHS). He spent two years working as a Human Services Policy Analyst within the Assistant Secretary of Planning in Evaluation (ASPE) at HHS. His portfolio included homelessness, child welfare, employment, and paid family leave. Rashaun has a background in political science and economics from Davidson College. 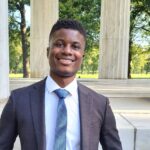 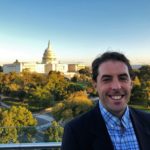 Julia  Frohlich, the Communications and Membership Coordinator, works to blend her public relations background with her graduate degree in Family, Youth, and Community Sciences with a nonprofit concentration. Julia has a fervent passion for mental health and ensuring resources for communities to be healthy and thrive. She previously worked as a graduate research assistant focusing on mental health communications for rural communities and was published in the Electronic Data Information Source of UF. Her research background also includes coursework on theories of youth development, adolescent problematic behavior, adverse childhood experiences, and family theory. 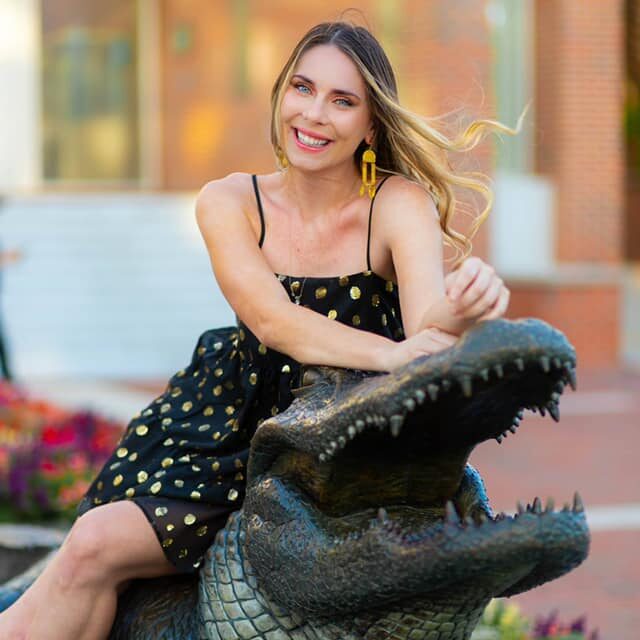 Emily is the Special Projects Manager at NYEC.  "I am so excited to be joining the NYEC team! I have been living in Spain for the past six years and I am so ready to bring back everything that I’ve learned, both professionally and culturally, to help our youth in the US. Before moving to Spain, I worked one on one with at-risk and homeless youth of NYC identifying barriers in housing and employment opportunities. Within the first couple months in this role, I was able to identify programs that the organization was missing and took the initiative to create them myself, with one of the programs still existing to this day! At the time I was only able to provide my services to English speaking youth but recognized the increasing Hispanic community could largely benefit. This motivated me to move to Spain, become fluent in Spanish and fully immerse myself into the culture in order to come back and help a larger population in the US. I am eager to not only help with any language barriers, but also provide a global perspective in reducing youth unemployment rates. 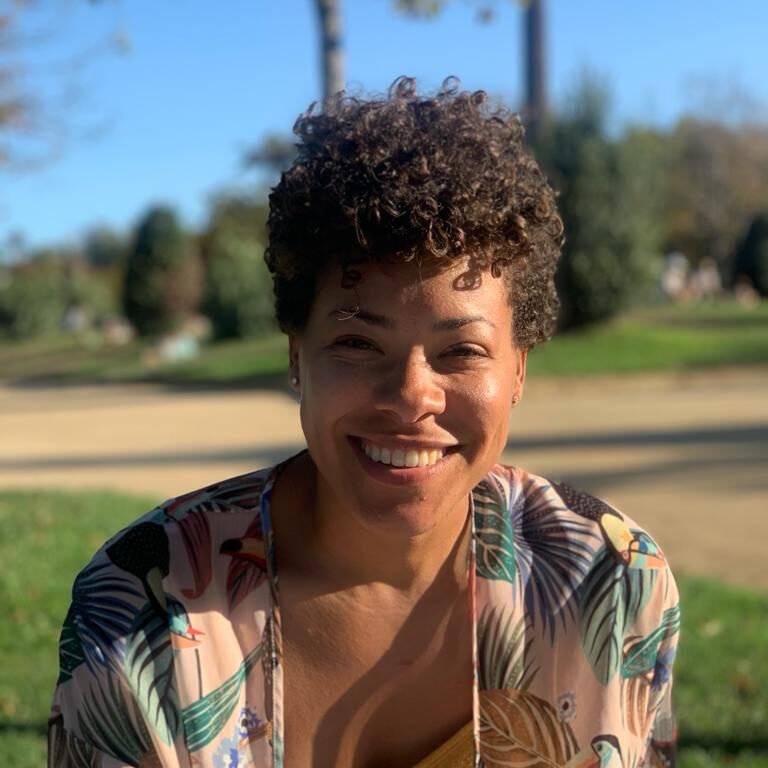 Jeremy joins NYEC as National Solutions Coordinator. He is the Director of National High School Internship Programs at Urban Alliance, a non-profit providing paid work-based learning opportunities to high school seniors where he has served since 2013. Jeremy began his career in education teaching elementary school on Chicago’s South Side through Teach For America. After his time in the classroom, Jeremy worked for a U.S. Congresswoman who fought to ensure that the American Dream was possible for everyone. Jeremy also taught work-readiness skills to GED youth at Joliet Junior College, the nation’s first community college. Jeremy is a lifelong Chicago-area resident and earned a bachelor’s degree in journalism from Illinois State University. 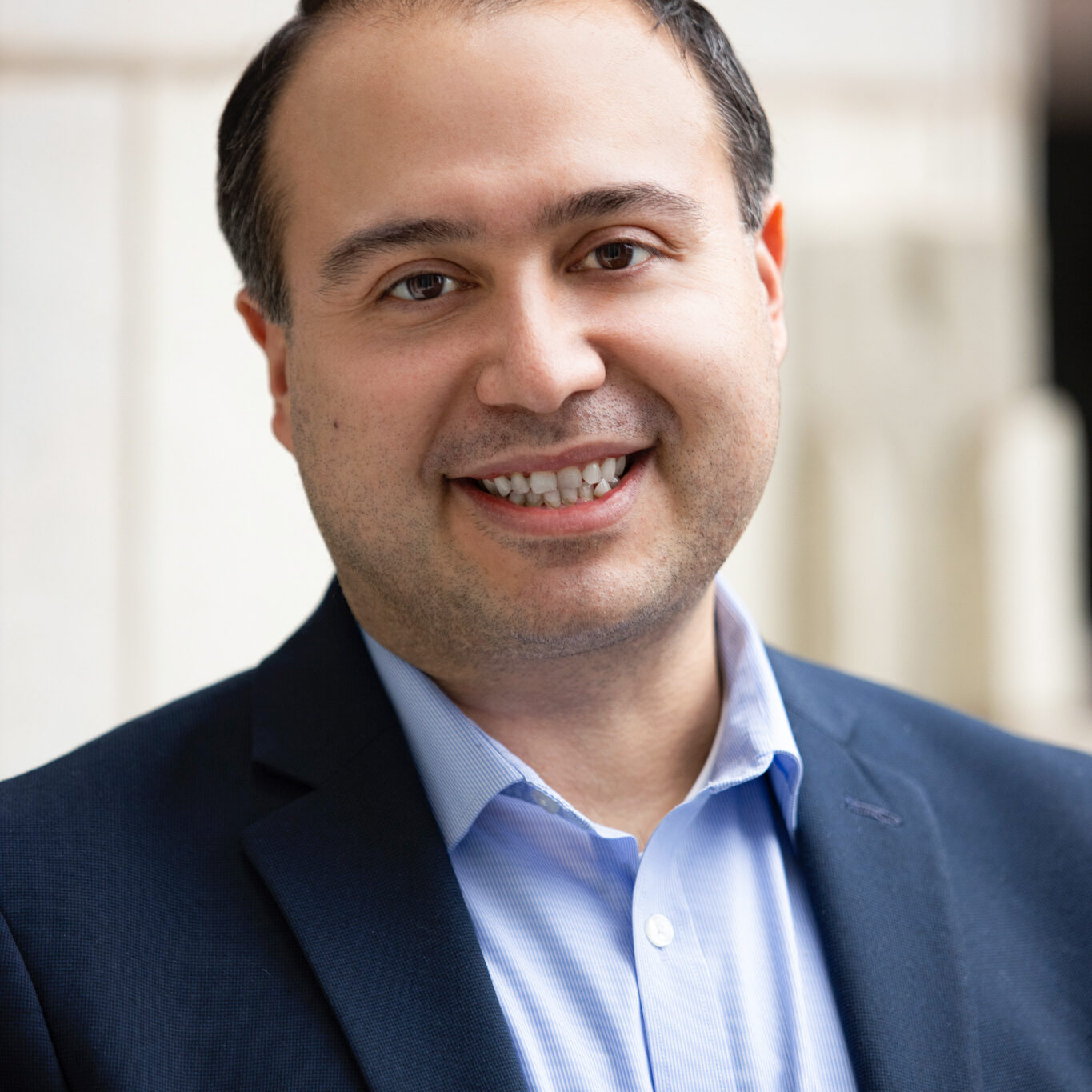 Cailee Fitzgerald, the Youth Leadership Coordinator, comes to NYEC with years of experience serving youth. Her past roles include coaching basketball, working with systems-involved youth, case management for homeless and low-income individuals, and health education and promotion. Seeking to combine her passion for under-resourced communities and wellness promotion, Cailee earned a Master of Public Health degree. She is passionate about encouraging others to grow in physical, emotional, and mental health so they can confidently pursue and achieve their goals, whether they be academic, professional, or other. For that same reason, she is also training to become a board-certified health coach. Outside of work, Cailee spends time enjoying the beautiful landscape of northern Idaho with her husband, daughter, and their two rescue pit bulls. 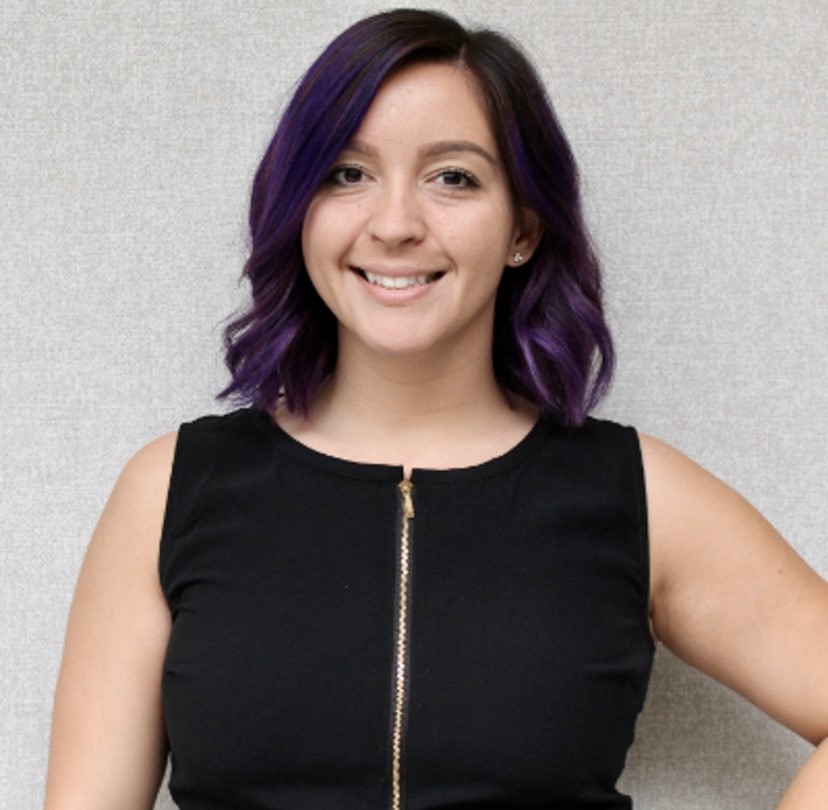 President of NYEC Board of Directors

Robert Sainz is the President and Executive Director of New Ways to Work, a nonprofit focusing on advocacy and technical assistance for the improvement of workforce and education programs and systems serving young adults, especially those from foster, probation and homeless systems.

Robert just recently concluded a 30 year public sector career in the City and County of Los Angeles. In his last position as Assistant General Manager for the City of Los Angeles Economic Development Department, Robert managed over $70 million annually in public agency grant funds. Throughout his career, he has addressed many difficult social problems facing the region’s low-income residents, including the challenges of juvenile delinquency, youth and adult unemployment, and youth disconnection from education and work. Under his leadership, he established the City of Los Angeles YouthSource System, Los Angeles Performance Partnership Pilot (LAP3), and a founding member of LA:RISE - an innovative model serving homeless and re-entry populations. He also established HIRE LA, one of the nation’s largest public-private youth employment initiatives.

Robert was previously the Executive Director of the Los Angeles Youth Opportunity Movement and worked as the Assistant and Interim Executive Director of the City of Los Angeles Commission for Children, Youth and Their Families. He began his career in the Los Angeles County Management Trainee Program in 1990, and later as a Probation Director overseeing the department’s Office of Community Relations and Office of Prevention Services. As a national voice on workforce, Robert served as past President and Trustee in the US
Conference of Mayor’s Workforce Development Council, and as an advisory member for the National Dropout Prevention Council. He is also a board member of School & Main; Alliance for a Better Community; and cofounder of the Reconnecting LA’s Youth (RELAY) Institute at California State University, Northridge.

Robert is married; father of three children, and grandfather of two. 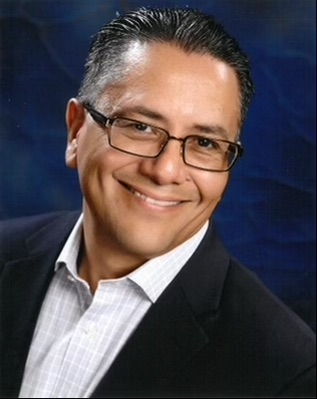 Jobs for the Future 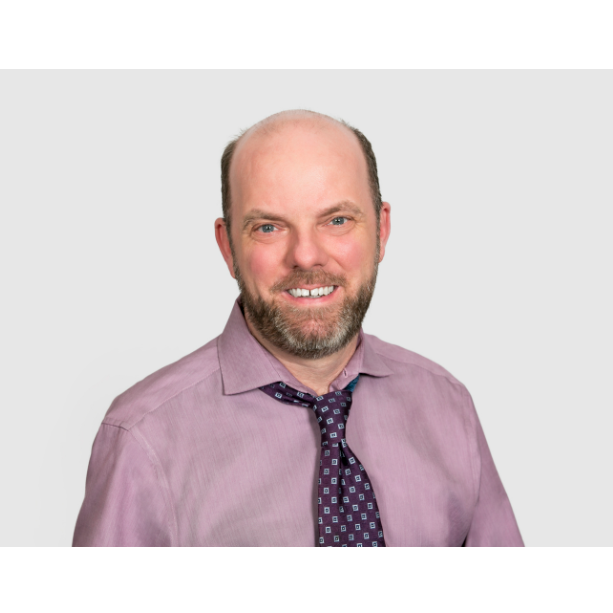 Lori Godorov is the Executive Director of The Work Group, a progressive community-based organization serving youth in Camden County, NJ.

Drawing on her inherent ability to understand social systems and her drive for excellence in program delivery, Lori continues to make TWG a think tank atmosphere, constantly creating new strategies to meet the ever-changing needs of underserved youth populations. 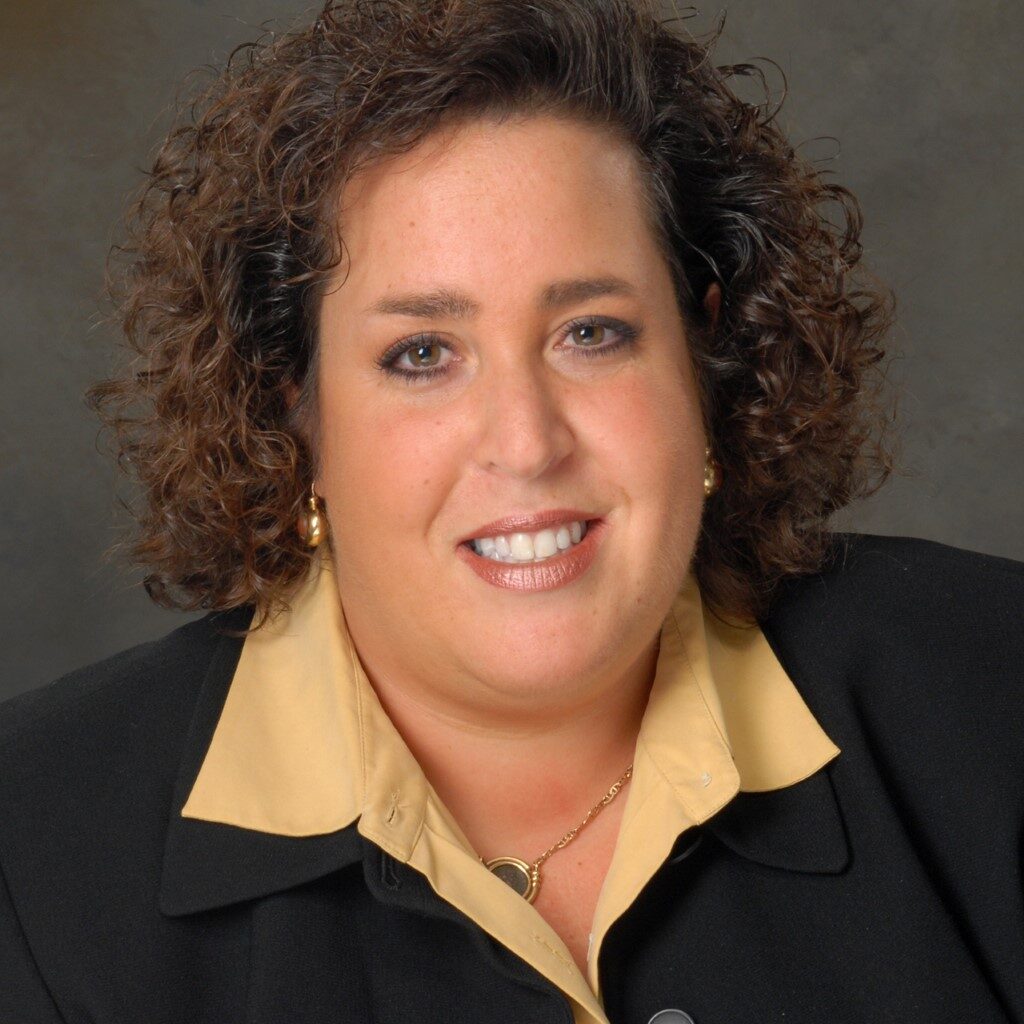 Mukta is the Director of National College and Career Services for Urban Alliance and has been working with young people for years, helping them succeed after high school by connecting them to employment, training, academic, and social service opportunities. She started working with youth as a program coordinator for UA, then as its DC Alumni Director. She went on to be the Associate Director of Post-Secondary Success at DC Prep, where she specialized in youth employment programs and strategic development, working to transform the way DC charter schools view post-secondary success and youth employment.

In 2020, Mukta was elected as an Advisory Neighborhood Commissioner for Single Member District 1A07 in Washington, DC. In her role, Mukta is a community advocate, amplifying the voices of her constituents and connecting them to the resources they need. Her focus is on affordable housing, employment, education, and violence prevention through youth empowerment. She serves as her commission’s secretary and chairs the Employment and Training Committee. Mukta is also a current board member for the National Youth Employment Coalition, a membership organization of practitioners across the country focused on improving employment outcomes for opportunity youth. Outside of her work with her community, Mukta spends time with her grumpy cat, boxes, and swims, and dabbles in stand-up comedy and storytelling. 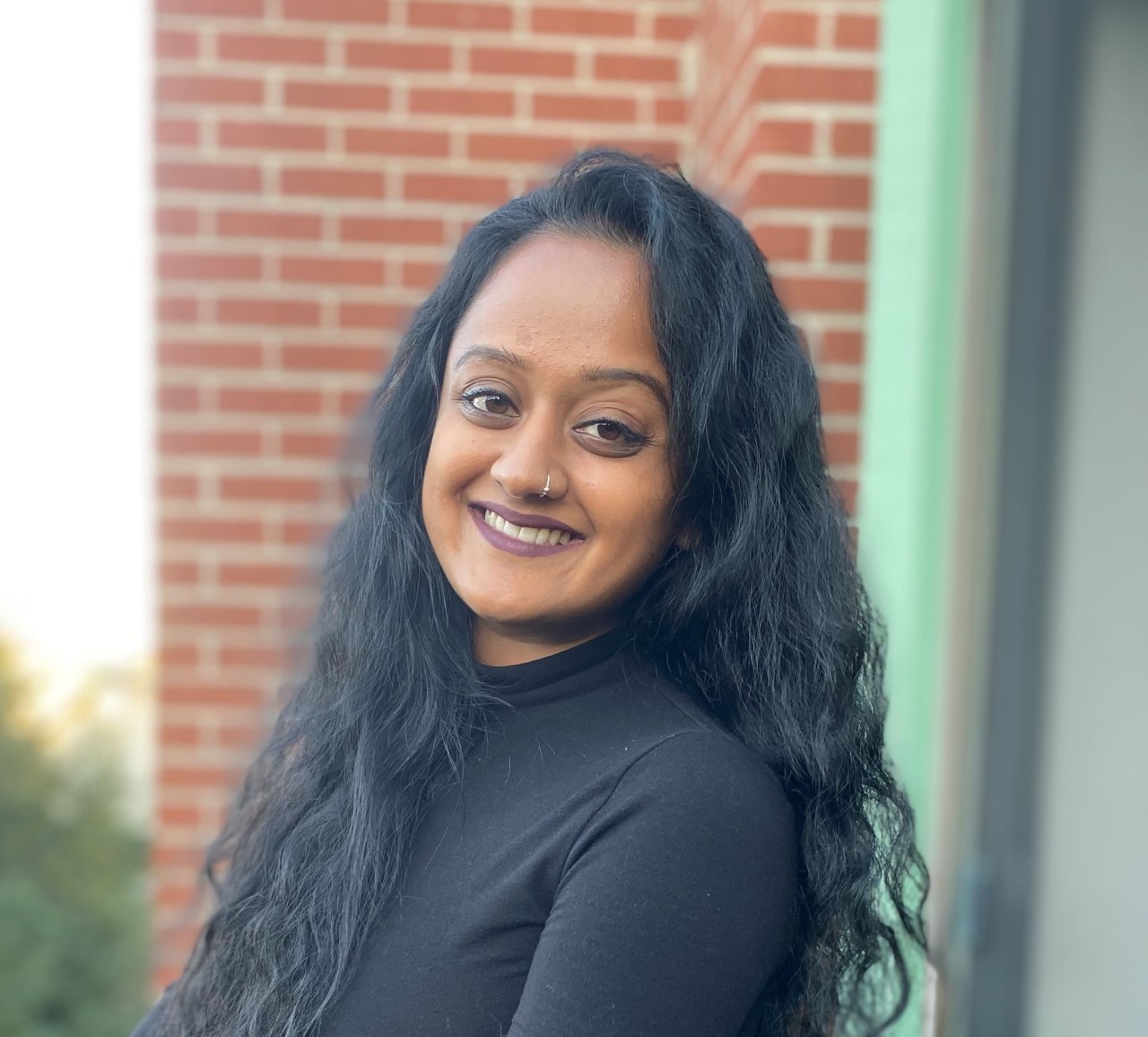 Lori Godorov is the Executive Director of The Work Group, a progressive community-based organization serving youth in Camden County, NJ.

Drawing on her inherent ability to understand social systems and her drive for excellence in program delivery, Lori continues to make TWG a think tank atmosphere, constantly creating new strategies to meet the ever-changing needs of underserved youth populations.

In part due to her own life experiences, Antonia Rangel-Caril is passionate about positive youth development. Her passion has led her around the world from Oregon, leading statewide youth advocacy efforts – to Guyana through her service as a Peace Corps volunteer. She is currently the Reengagement Sr. Program Specialist in the Institute of Youth, Education, and Families at the National League of Cities where she supports cities to expand their Opportunity Youth work. Antonia graduated with a degree in Community Health Education from Portland State University and is currently earning her Master&#039;s in Youth Development at Clemson University. 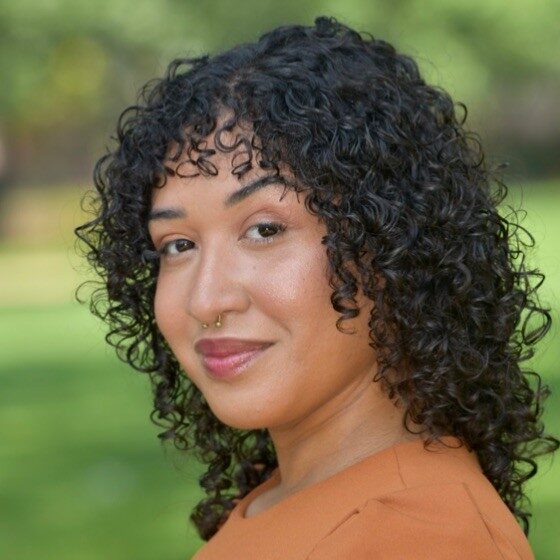 Caroline Brown-Williamson has over 20 years experience in working with underserved, marginalized youth living in the rural communities of Appalachia through dropout prevention efforts in local school systems and community college entities in North Carolina. Currently, Caroline serves as Workforce Development and Education Director with HIGHTS Youth Organization located in Cullowhee, NC. HIGHTS(Helping Inspire Gifts, Hope, Trust, Service) is a contracted WIOA youth provider serving youth. HIGHTS&#039; mission is to transform youth by inspiring trust in their own abilities. Caroline also serves as a Project Manager for myFUTURENC which advocates for 2milion to achieve a high quality credential by 2030. 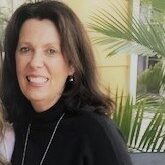 Sharlet Barnett has been the CEO of Arizona Center for Youth Resources since 2014. She has worked directly with young people, youth professionals, and community groups since 1996. Since graduating University of Alaska Fairbanks her primary focus has been education and youth development. Sharlet team provide opportunities and support to over 1,500 youth annually in the City of Phoenix and Maricopa County.
She is currently a board member of the Opportunities for Youth Leadership Council, and the National Youth Employment Coalition. 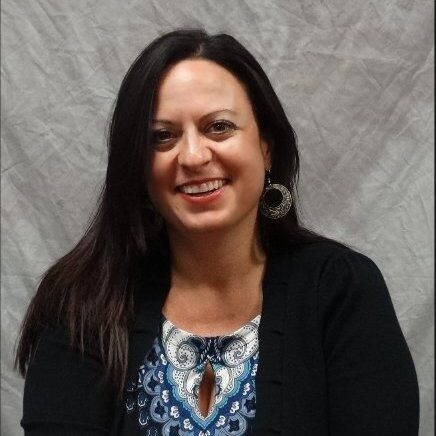