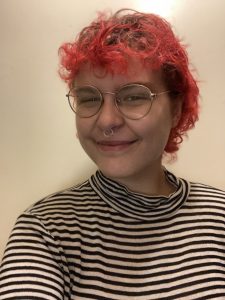 Quick Take. Hannah Johns overcame a difficult childhood in rural Nebraska to complete high school, enroll in community college, and, with the help of the state Department of Labor, land a full-time paid internship with Riverside Discovery Center, a park and zoo complex.

Early Life. Hannah was raised in Garing, a small community in western Nebraska. “I didn’t grow up in the best household,” she explains. “There were some negative factors, things that probably shouldn’t have happened. But they also forced me to work harder to get out of that situation and become my own person, and to figure it out for myself since n 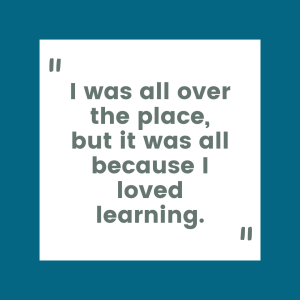 o one else was going to support me in doing that.”

Living in a challenging environment, Hannah looked to school as a positive factor in her life. “Going to school was great,” she says, “and I was interested so many things. At first, I was convinced I was going to be an OBGYN and then I wanted to focus on the theater.

On to College. Hannah graduated from high school in 2019 and enrolled at Western Nebraska Community College (WNCC) in Scottsbluff. A particularly positive influence at the college was Dr. Patrick Newell, a music professor who conducted the school choir. “He’s my advisor,” says Hannah, “and he helped me incredibly with financial aid and scholarships.” Hannah auditioned for the choir and based on her performance was awarded a full tuition scholarship. “Dr. Newell has been a big influence and always encourages me,” she says. “Every time I had a new idea about a career he’d say, OK—here’s how you can get there!”

Hannah began her college career as an elementary education major, but as she took additional courses, she began to consider other paths. “When I was younger,” she says, “I was one of those kids who wanted to be a doctor, or an astronaut, or so many other things, so it was hard to make up my mind as an adult.” Then, Hannah was offered the chance to work at the Riverside Discovery Center, the community’s park and zoo complex.

Support from the NB Department of Labor. Around this same time, Hannah decided she had to leave her household, but it wasn’t easy. “Because I didn’t grow up in the best situation, when it came 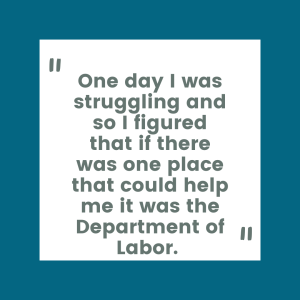 time for me to leave it was difficult because I was on my own trying to figure things out. I didn’t know how to do everything.

Hannah visited the Department of Labor Resource Room in Scottsbluff and was eventually referred to Kim Lyons, the agency’s youth reemployment coordinator. “When I came into DOL I was looking for help with employment,” Hannah says, “and Kim suggested that I consider an internship at the Discovery Center. Because I’d grown up in a household that was on the fairly negative side, I was always trying to look on the brighter side to find positive solutions. As a result, I was always interested in more fun, positive jobs that

would brighten your day and take you away from things that bother you. And working with animals felt like a great fit.”

But first, there was other work to be done. “It took a long time for me to even set foot in the zoo,” Hannah explains. “First, I had to come up with a resume to submit to the Discovery Center, which took a lot longer than I thought. And there was the process of getting ready for the interviews and understanding the responsibilities of being an intern. But, now it’s perfect, thanks to Kim and the folks at the Discovery Center. They’ve helped me so much.”

Currently, Hannah has a 40-hour/week paid internship, supported by WIOA youth work experience funds. Her primary responsibilities are helping to staff the gift shop and working with the animals every morning, cleaning cages, and tending to the cows, donkeys, and goats in the petting zoo. “It’s all so much fun,” she says. “But my favorite thing is to watch the chimp training.” 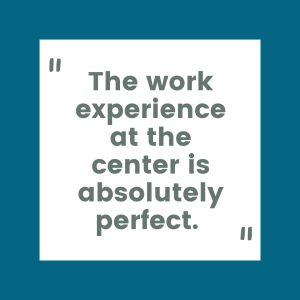 “This isn’t just a regular old job,” Hannah explains. “Every morning, I wake up happy and excited about work because I get to take care of the animals. It makes getting up super early not so bad. I wouldn’t change a thing.”

DOL’s Kim Lyons stays in close contact with Hannah and is always available if she needs help. “It’s been awesome working with Hannah and the staff at Riverside Discovery Center. Hannah is learning so much from working with the animals and in the gift shop. We’re all very proud of her.”

Looking Forward. Hannah isn’t currently enrolled at WNCC since she’s employed full-time at the center, but her experiences are shaping her views about her education in the future. “Right now, I really like the science aspect,” she explains.  “I’m interested in zoology, but I know that there might be a limited number of jobs options so I’m thinking of majoring in biology, which feels like

it would have a wider variety of professional opportunities.”

Although her career goals are clarifying, Hannah knows that they won’t be easy to reach. “It’s hard to move forward with education when you’re not making much money. And I can’t really do everything I’d like to do in a small town.” Hannah dreams of traveling abroad. “It would be fun to move to Australia with all the wildlife and zoo programs but given the expense that won’t be possible for some time.”

Even so, Hannah sees many strengths in her area. “It’s a cute community and we get together for lots of positive purposes like raising money for our firefighters and building animal habitats. But it’s still a really small place. Have you ever been driving for a while and it’s nothing but fields and you’re like—where am I? But it’s not a bad place to live.”

Reflections. Thinking about what factors might have eased her journey, Hannah says, “a more positive environment would have made things easier—and more money would have helped. Living in a negative situation, I didn’t have a specific strategy to get out. I just knew that if I could get out, then I’d figure out. Not giving up and still being here is a really incredible thing. That’s what I was searching for—for it to get better.

“But I’ve also had so many positive influences at the college, at DOL, and the Discovery Center. They’ve been so valuable. I never thought in my life that I’d be where I am today. I wouldn’t have believed it. So, I wouldn’t change even the bad stuff. Everything happens for a reason.”

Considering her future, Hannah is philosophical. “I hope there is a future for us,” she says, “and if there is I want it to be one where no one has to worry, and everybody has a job they love. People can wake up every day not worrying about their loved ones or themselves and how the world is going to be. I sound like a pageant girl. World peace!” On a more personal level, Hannah believes it’s important to look inward to find peace. “I think one of the first steps in finding happiness in your life is being comfortable with yourself. I know it’s a cliché but when you start to get older you begin to understand the importance of thinking for yourself and not necessarily following what others think If everyone learned to take a deep breath and realized that not everything is worth stressing about, then we might get along better.” 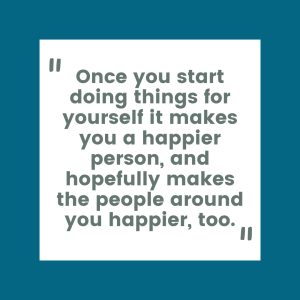 Thinking about the importance of investing in youth, Hannah says, “First of all, I would say that investing in youth is investing in the future. Many of them [policy makers] won’t be here but we will, so support our goals so that we can be the doctors and artists and the citizens our country needs. What could be more important?

“So much revolves around the school system. Too many schools don’t have the options that students need. Neighboring schools offered many more courses than mine. I would have liked to take career classes, but they weren’t available. So, I just wish everyone had the opportunities they need wherever there are.

“I’ve had my share of challenges,” Hannah concludes, “but I think I’ve done pretty well. I want to thank everyone who helps with youth services. They deserve so much more credit than they get.”

And as for advice to young people who are hoping to improve their lives, Hannah says, “it’s so clichéd, but it does get better. Maybe not in a year or two, but it will I know it’s hard asking for help for yourself. Individually, I’ve been telling my friends about the benefits of DOL. And if people are too anxious to ask, then maybe someone they know will see it and encourage them to get help.” 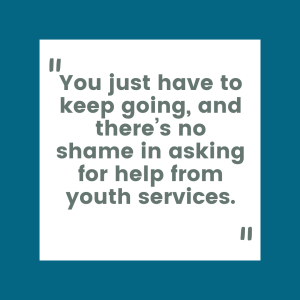